When I say I have never met a more amazing group of people, I am being 100% serious. The passion, the commitment, the excitement that this group brings to the table is unprecedented. I came in a total newbie, feeling nervous and unsure as to what I was getting into, but left feeling like a part of the no pants family. I think it started with Sarah Paul staying up until 3:30 am to greet us that first night, or rather morning at that point. It continued the next morning within seconds of walking in the door to breakfast.

I instantly made friends. Everyone was so warm and welcoming and actually interested in getting to know each other as there were a lot of new people. My anxiety and nervousness went away within minutes. It helped that my girl Lindsey was there. 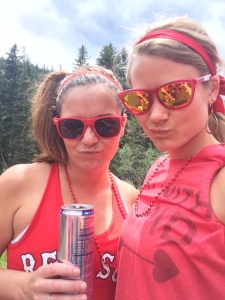 I can’t thank her enough for encouraging me to get involved with Cupid’s Undie Run. The first year it came to Boston I had recently had hip surgery so I got to sit there with my crutches handing out bags to all the runners. I was crazy with jealousy that I couldn’t run through Fenway but what I saw that first year was incredible. The excitement, the energy and the people were all just amazing. And damn, there were A LOT of people. They were stoked to be in their underwear running through Fenway. I couldn’t have been more proud of Lindsey for putting together such an amazing and successful event.

Off crutches and able to walk/run again, I signed up for Cupid’s and made it a point to be more confident in raising money as that’s where I’m the most shy. With each donation I received I got more and more excited because it meant that more money was going towards the fight against NF. I spent the entire day with some of my best girlfriends, in my undies and tutu AND finally got to run through Fenway. 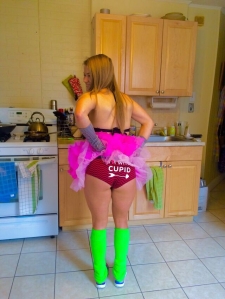 The whole event was, from my perspective, perfect. Lindsey crushed it. I am even more proud of her than I was in the first year. Everyone was there to have a good time, drink some well-deserved beverages and hang out in their undies. I left with the biggest smile on my face and excited for the following year and beyond motivated to raise even more money.

This year, when I was given the opportunity to become more than just a runner I jumped at it. I had NO idea what exactly that meant or entailed other than I would be making an even bigger contribution to fight NF. Flash forward to camp. Growing up I went to strictly sports camp, specifically ski racing camps but had always wanted to go to normal camp. You know, the ones where you have an array of things to do, like archery, tennis, horseback riding, canoeing, etc. I never had time to go to normal camp but have always dreamt of it. I know that’s kind of weird but this weekend fulfilled that childhood dream. It was a whirlwind of a weekend and I learned an incredible amount about an amazing foundation set up to raise money for Neurofibromatosis research.

Before I even left I was more inspired than I have been in a while. In fact, I was sad to be leaving and was practically depressed come Monday morning when I realized I would have to wait another year to be around everyone again. I left with this sense of motivation that has made my fear of fundraising go away. I have already started reaching out to the community in Boston, which is something I was scared shitless to do two years ago. I want to create as many teams as possible with as many team members as possible. (Hint, hint 😉 )

It’s as if this huge weight has been lifted off of my shoulders. Fear has escaped me. This is something I have already become extremely passionate about and it’s all because of my weekend at Pleasant Valley Ranch with the Cupid’s Undie Run family. I know I have used a lot of words to describe all this but surprisingly there aren’t enough words to express how FUCKING awesome this is going to be, how awesome it feels to be a part of it all. Needless to say… 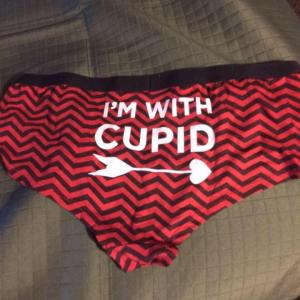 Thank you so much for making me a part of your family Cupid’s!

If you would like to start a team (wink, wink) or sponsor a team (hint, hint) please visit the Cupid’s Undie Run Boston page and help in our fight against NF!